For the past few months I was thinking about switching my renderer from Octane to Arnold. So when I started designing new character for my game I decided to render it in Arnold and learn it’s workflow. So here is my work in progress on the character. 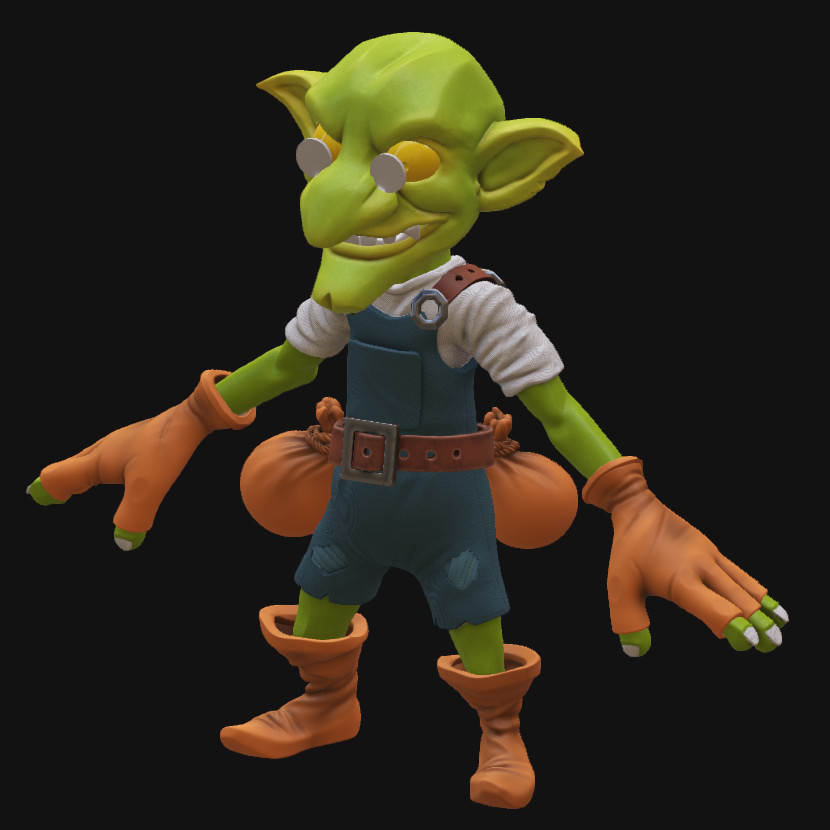 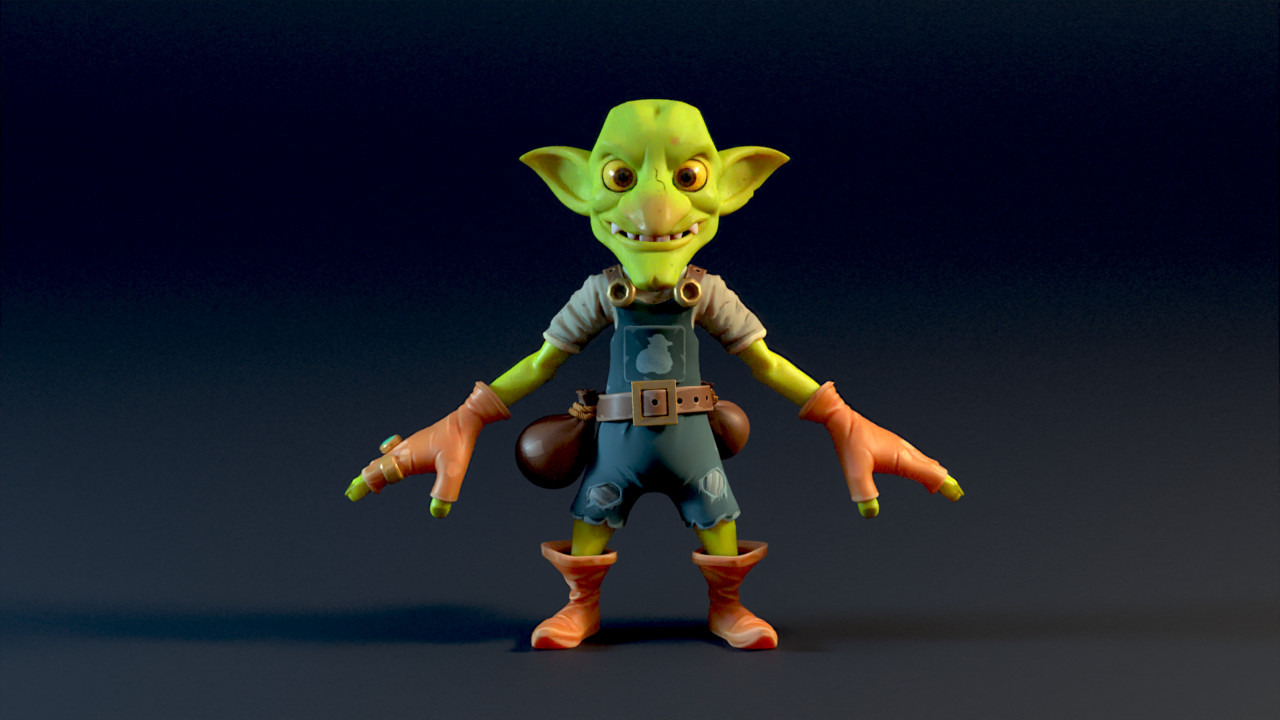 The shopkeeper is character that will be mainly visible in the UI of the game. He is more like a decoration. I want to render him in few different poses making weird and funky faces. One example where he will be located is somewhere on top of the Store UI with greedy face holding a coin. 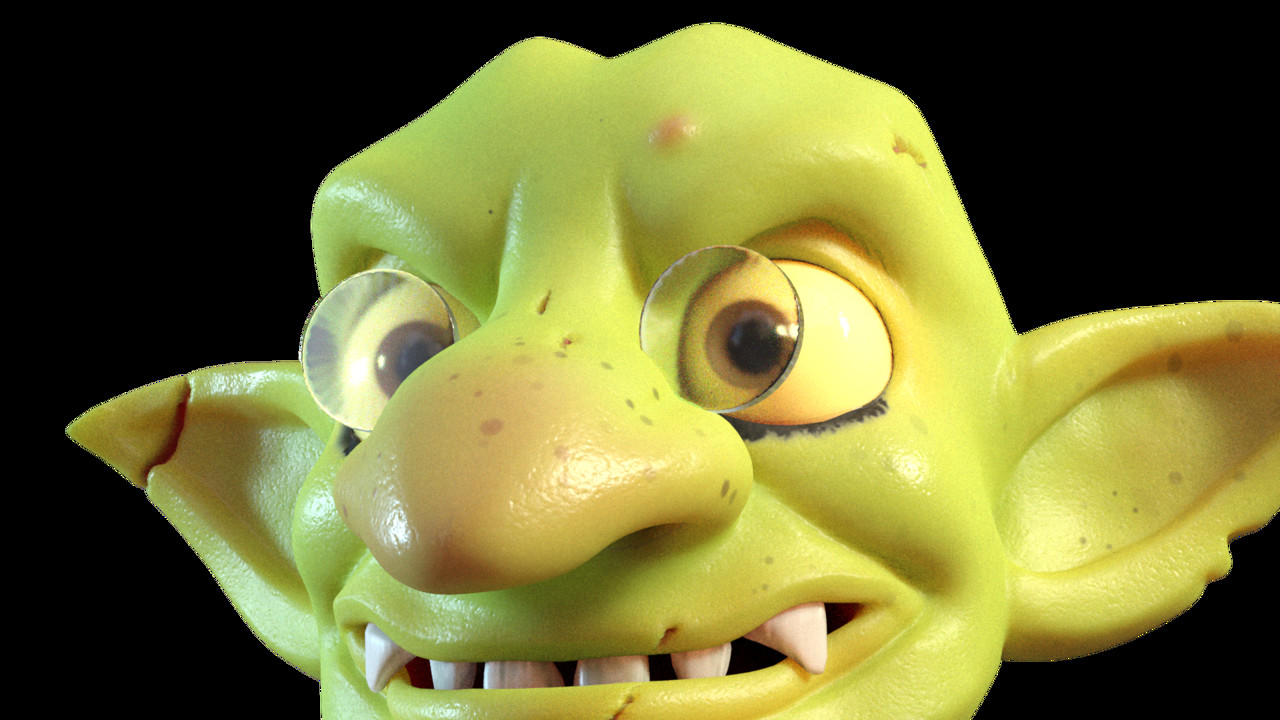 Early version of head material, you can still spot that displacement is too strong and few other problems.

My game has High Fantasy setting and character should fit into that world. Also because of his role I wanted players to see him as a sneaky, greedy and annoying little bastard. So Goblin was an obvious choice for me.

I had few reasons why I wanted to switch to Arnold. It is production ready and tested software. It has support for many plugins that I’m interested in. It’s also more intuitive when it comes to material creation. Especially when I want to work with materials like Skin, Milk or Jelly. 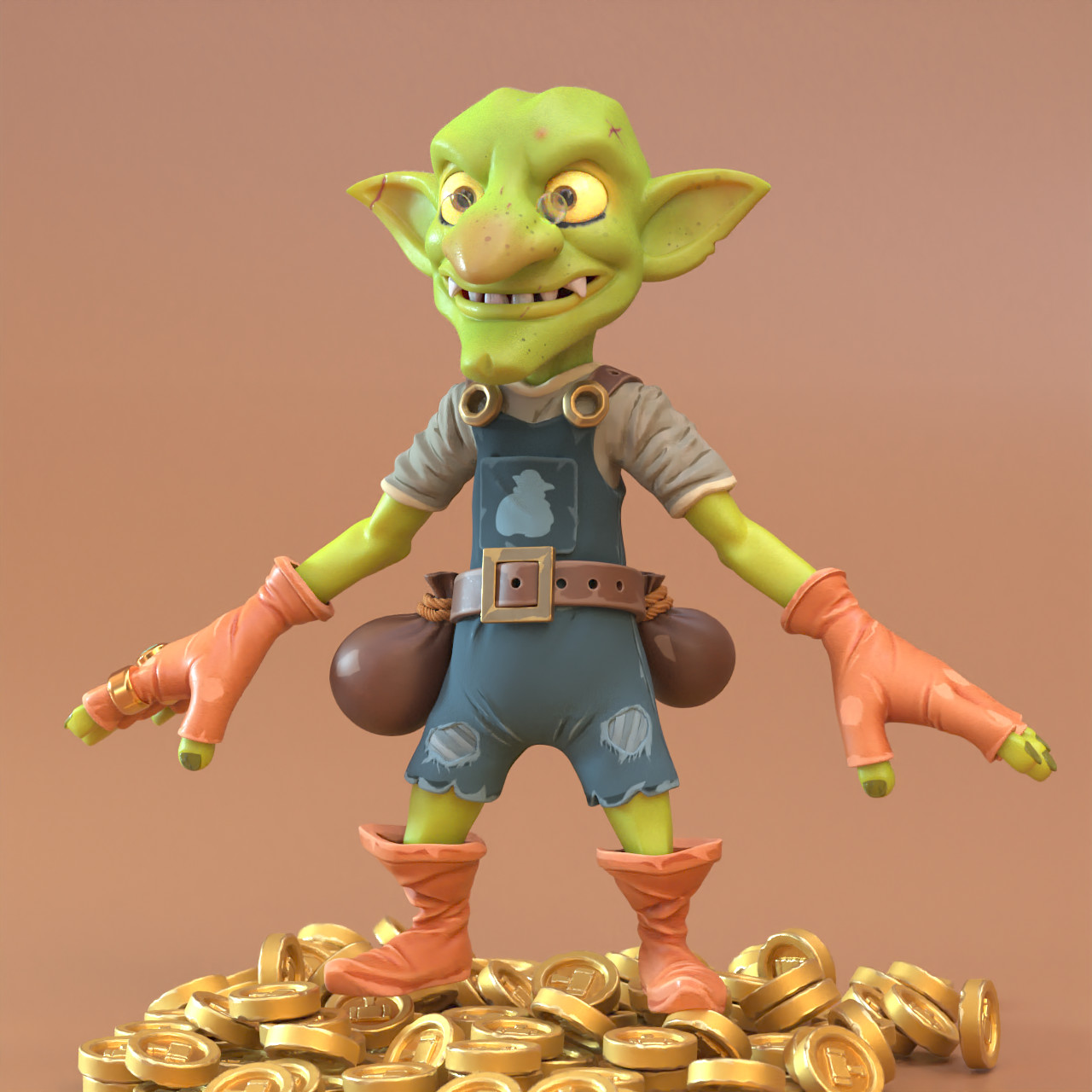 Octane is still my hidden pleasure because of the GPU support (Soo much faster when I want quick and rough render). Another advantage is Color Response option on the camera, that gives me ability to apply color grading to render inside 3ds max. Last but not least, standard camera effects are a bit more intuitive (Maybe because it’s so fast to render and iterate on it)

In the end both are really good and have their own advantages. 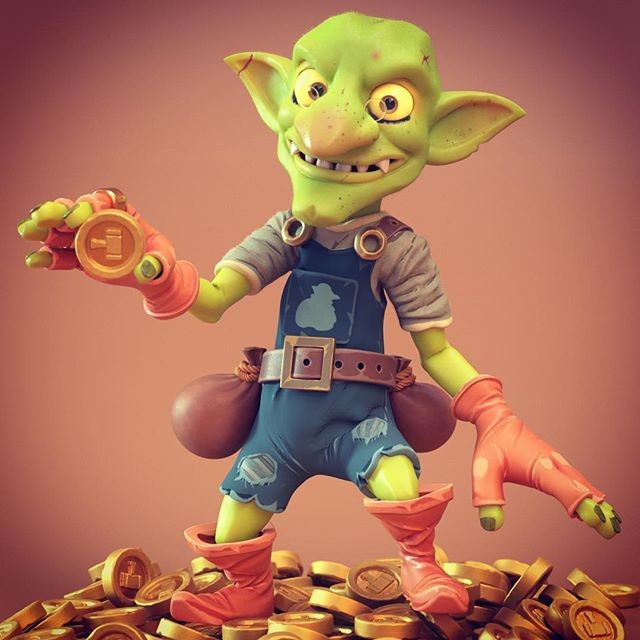