This is continuation of the article that you can find here.

L2:Revolution developers also use annoying method of communicating to players what offers are available in the shop. They use fullscreen popups when player enters game. Everytime that player gets disconnected, popup will come back. Game also might show multiple of those offers in short period of time or we could get the same offer twice in a span of 10 seconds after entering game.

Entering in-game shop also might result in popup shown to us.

On top of that, amount of information inside offers can be enormous.

There is also tick that says “Don’t show for Today” but it’s only available for some fullscreen popups and it resets the day after.

Those mechanics are a great way to annoy players, I’m sure we can do better than that. 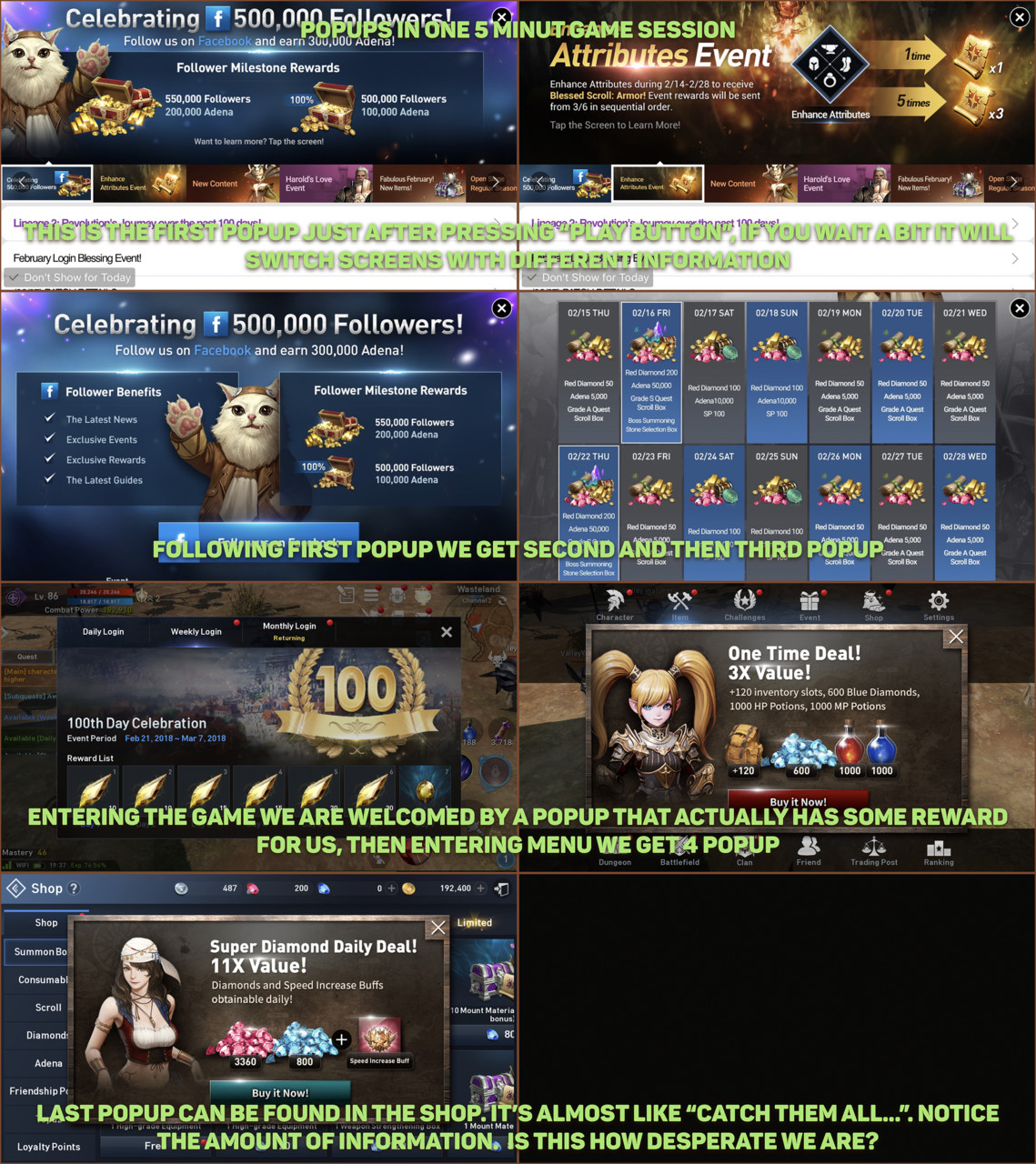 Lineage is very generous to players, awarding them each day with multiple rewards from all kinds of quests and missions. Loot drop rate is also high, we even have an option in settings to ignore items below specific grade. This kind of generosity is part of what makes the game so addictive in short term. It’s a good approach to reward players often at the beginning but rewarding them generously in the long run has negative side effect. Players can get used to amount of rewards very quickly and the excitement level goes down.

There is a fine balance between having too many rewards and not enough. Rewards are way to motivate players and excite them. If we use that too often, rewards don’t feel valuable anymore. If we use them too little we lose players motivation to move toward specific goal.

It all comes down to how much developer thinks about his audience. Understanding players is important part of the development. 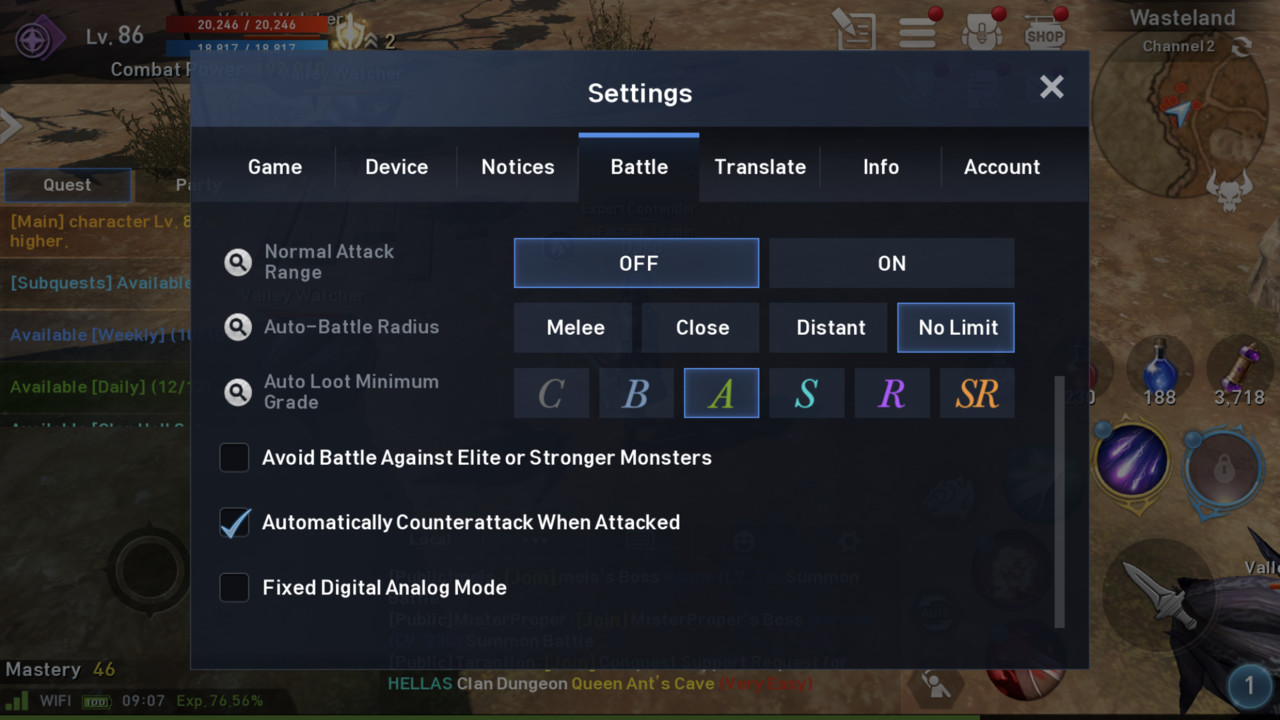 When moving around UI in L2: Revolution we can experience delays when opening menus. What is probably happening here is that game validates player action on the server side. Usually it doesn’t bother players because when implemented efficiently, players won’t notice it. In case of L2:Revolution validation is visible in normal use. Interacting with UI that has delay always decreased the experience for user because user interface doesn’t respond fast enough for players to comfortably interact with it.

Usually UI needs to respond on average in 0.1 second to user for him to feel that reaction was instantaneous. Above that value user starts to feel discomfort. One second is the limit for user's flow of thought, everything that has higher delay dramatically reduces user experience.

As a summary I need to say that Lineage 2:Revolution is a quality game. UI is consistent, art is beautiful and players can get quickly hooked up. It invokes nostalgia because of similarities to original Lineage 2 game. It has great mechanic to auto hunt that makes the game much more approachable and lighter for general audience.

While we don’t know exact retention statistics I would speculate that those are also affected by it.

Usually top country in terms of revenue is US. But Lineage performs much better on Asian markets especially in Japan and Korea. There might be few reasons for it. First is that Lineage 2 in Korea was widely popular. Also in Asia, players tend to have much longer play sessions than in the West.

Overall Lineage 2: Revolution has mediocre user experience and developers should not take it as an example but it has few unique ideas that might be interesting to check.